1. FWD.us is Backed by the Most Powerful People in Silicon Valley
Zuckerberg is joined by other leaders from the Silicon Valley in the launch of FWD.us (pronounced “forward us”). Backing the group are members such as LinkedIn co-founder Reid Hoffman, Google Executive Chairman Eric Schmidt, Yahoo CEO Marissa Mayer, Zynga CEO Mark Pincus and former Groupon CEO Andrew Mason.

2. Immigration is an Issue Close to Zuckerberg’s Heart
Zuckerberg’s great grandparents were immigrants and he says he wants “comprehensive immigration reform that begins with effective border security, allows a path to citizenship and lets us attract the most talented and hardest-working people, no matter where they were born.” Zuckerberg’s getting involved because a bipartisan Senate group will be rolling out a comprehensive immigration bill over the next few days, which could be very important to the U.S.’s immigration policy, something that’s been under a lot of scrutiny recently.

3. Facebook Loves Social Change
Zuckerberg isn’t the only one trying to advance social causes. Facebook COO Sheryl Sandberg launched LeanIn.org, a nonprofit aimed at women so they have the necessary tools to move ahead in the workforce. Sandberg appeared on 60 Minutes recently to explain her controversial view on women in the workplace. Sandberg insists that the reason there are fewer women in leadership roles is because women hold themselves back. Sandberg told Norah O’Donnell women need to “lean in,” which is the topic of her best selling book Lean In: Women, Work, and the Will to Lead.

4. The San Francisco Chronicle Was the First to Leak Information about FWD.us
The Chronicle leaked information about Facebook CEO Mark Zuckerberg’s involvement with FWD.us. According to TechCrunch, Rob Jesmer, campaign manager at FWD.us, confirmed the group’s launch. FWD.us was created “to build the knowledge economy the United States needs to ensure more jobs, innovation and investment.”

5. FWD.us Will Operate as a Nonprofit
FWD.us will operate as a 501(c)(4) nonprofit social welfare organization so the group can receive donations. Joe Green — Causes and NationBuilder co-founder and current Andreessen Horowitz entrepreneur in residence and president of FWD.us — says, “People in tech have often felt a cultural disconnect from the political process, which is a shame considering we are naturally idealistic; you often hear tech founders talk about how their motivation to create companies and products is to change the world. Our goal with FWD.us is to organize and engage the tech community in the issues where we can contribute to the national debate.” 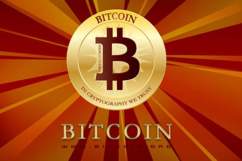