It was just last week T-Mobile announced that it would start selling Apple’s iPhone on April 12th, 2013. According to CNET, the carrier is already taking pre-orders for the 16GB, 32GB, and 64GB models on its website. You can get the iPhone 5 with a downpayment of $99.00 but will need to pay $20 over the next 24 months to pay off the device. It’s not a bad deal if you’re not into the whole “signing contracts.” The only thing you do need to sign is a contract agreeing to pay off the device. T-Mobile won’t decline your money if you want to pay up front either. T-Mobile’s iPhone 5 will come with HD Voice, offering improved voice calling for its customers. At this time, T-Mobile is the only carrier to offer HD Voice with the iPhone 5. You can pre-order the iPhone 5 on T-Mobile here. 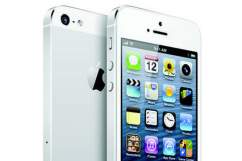 T-Mobile to Receive iPhone 5: 5 Fast Facts You Need to Know