Remember last week when we reported that Yahoo had submitted a bid for Hulu, the popular video streaming service? Well, we did say that there were other prospective buyers as well. Looks like DirecTV and 2 other companies have submitted offers to buy Hulu and have offered at least $1 billion.

Earlier this week, it was reported that Yahoo had offered a bit from anywhere between $600 to $800 million for Hulu, which seems a little low since Hulu was receiving offers near a billion when it was for sale a few years earlier. But, considering Yahoo just bought Tumblr for $1.1 billion — using only cash, according to reports — they might not have enough cash to offer as much as these other companies like DirecTV.

By our calculations, working with the figures from Yahoo’s most recent SEC filing, the company only had a little more than $1.17 billion in cash. So, to keep up with other competitors, Yahoo will need to sell off some assets. Yahoo’s total assets are valued at about $16 billion, so the company definitely has money, but with recent acquisitions like Tumblr just starting to monetize their business, can Yahoo afford to sell off a successful division?


Not only that, but Hulu may not be as successful as it seems. News Corp and Disney/ABC own Hulu…as well as the rights to the TV shows that are on Hulu. The rights for those shows won’t be leaving along with Hulu, rather, its more likely that the cable companies will retain the rights for the shows and ask for yearly fees for the rights to popular shows like Family Guy and Modern Family.


Yahoo CEO Marissa Mayer want to buy Hulu, but can she pull it off?

This seriously jeopardizes Marissa Mayer and Yahoo’s chances of acquiring Hulu. As The Verge writes, Hulu is becoming more and more popular, and the owners and board of directors aren’t feeling too pressured to sell the company; they’d rather wait it out until the ideal bidder comes along — one with deep pockets and no reservations regarding TV rights. While Yahoo may be willing to pay a yearly fee for TV rights (just a guess, because it’ll make the more appealing to Hulu’s current owners), $800 million for Hulu seems a little low and probably won’t be enough for Yahoo to pull off a second major acquisition in less than 2 weeks. 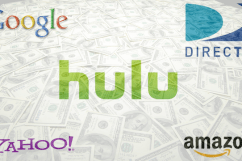