Google Glass seems to be the way of the future after developers showcased that the wearable technology can hear and see whatever users come in contact with. However, a security glitch allows hackers to tap into that stream in the ultimate invasion of privacy. Here’s what you should know about this latest development.

A security glitch in the early version of Google Glass could allow hackers access the device and remotely use its camera to watch and listen to the wearer’s every move, according to The Huffington Post. Glass doesn’t go on sale to the public until next year, but this revelations raises major concerns over Google’s plans for refining the device. Hackers could access the most private of moments — like when developer Robert Scoble posted a pic showing how the headset can be used during a shower.

The glitch was first sighted by developer Jay Freeman, one of the early Google adopters selected by the company to test their product. Freeman wrote on his blog that he found a way for hackers to install malicious software onto Glass to allow them to jailbreak the device. He also tweeted a pic of the device being hacked to prove how vulnerable it is. Freeman says that by hacking into the device’s latest Android software, hackers can get access to a user’s privacy. “A bugged Glass doesn’t just watch your every move: it watches everything you are looking at … and hears everything you do. The only thing it doesn’t know are your thoughts.”

They're watching you! Warn your friends.

In response to Freeman’s recent findings, Google said the device is still a work in progress. The company said in a statement that the early version of Google Glass won’t be for the public to use and is “intended for developers to play with, hack and even build great apps for.” 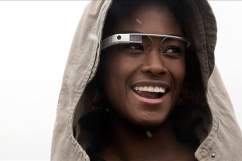 4. A Website for Glass Users Lets Them Wipe Data Clean

Google was able to launch its newest site MyGlass, which allows users to change content they see on their device or wipe the data clean if it’s hacked, lost or stolen — which may somewhat allay security concerns. “We recognize the importance of building device-specific protections, and we’re experimenting with solutions as we work to make Glass more broadly available,” a Google spokesman wrote in an email.

5. Google Glass Doesn’t Work with a PIN Yet

Jay Freeman also noted that the recent version of Google Glass doesn’t have a PIN to lock the device when it’s not in use, which can allow any hacker time to access it with a password before it’s set. “Nothing is safe once your Glass has been hacked,” Freeman said. 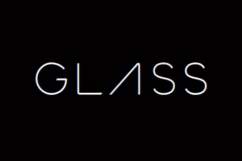