Microsoft threw down the gauntlet in the console wars by unveiling the Xbox One. Sony’s PlayStation 4 is on the opposite side of this war, which makes the next-generation of video games an exciting time to be a gamer. There’s so many rumors floating around about exactly when gamers will get the chance to purchase a PS4, but we’ve gathered a few of them for you curious tech heads/gamers. Here’s what you need to know.

1. Kotaku’s Source Said The PS4 Will Release In November at $430

According to a source who spoke to Kotaku, the PS4 will launch at the price of $430 in November 2013. That source also noted that a second model of the system will come priced around the same time at $530. So it looks like the PS4 may launch at a price higher than $400, which was reported by several other tech/gaming outlets.

2. The GameStop CFO Said It Will Be Cheaper Than The PS3 At Launch

The International Business Times put out a different report that states that the PS4 will launch at a much cheaper price than the PS3. During a recent post-earnings conference call for the video game retailer GameStop, CFO Rob Lloyd made this statement but didn’t provide any specific information on the console’s exact pricing. Lloyd stated that Sony would release the PS4 at a much “lower opening price point than they did last cycle.” The PS3 initally released at two different prices: $499 and $599. So any price below those two dollar amounts could prove very beneficial to cash strapped gamers. For those of you who want to listen to the conference call, go here.

3. The PS4 May Be Controlled With A Tablet/Smartphone

Kotaku’s trusted sources also released some news about how the PS4 may be controlled:

New information revealed by our source suggests that on top of all that, you’ll also be able to control the PS4 remotely from your tablet or smartphone. You’ll be able to use a mobile device to chat with your PS4 friends or buy games which are then automatically downloaded to your machine, our source says.

4. Every PS4 May Come With A PlayStation Eye

Kotaku’s source provided some details about which PlayStation peripheral will come packed with every PS4:

Our source says that every PS4 will come with a PlayStation Eye; that a new spectating feature will let you watch other friends play games from your console’s dashboard, even when you don’t own the game they’re playing; and that the console will support local network play via Vita.

5. Sony’s India Website, Amazon UK and Zavvi May Have Leaked The Price

The next generation of consoles rumors are spreading fast and there is another one today. We have seen the leak of the price tag of the upcoming PS4 on the Sony India website, before being moved very fast. If the information proves true then you can expect the price tag of the PS4 to be $399 in the US. As the information was seen on the official website of Sony and it was taken down straight away, it looks promising that this will be the price of the console when it is revealed at the E3. 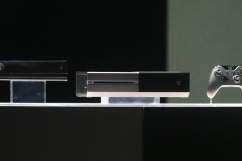