Despite all the noise surrounding the Yahoo-Tumblr acquisition,Tumblr pushed out a new update to its iOS application. The update includes a new interface design where users can select which kind of post they would like to create. Users can submit videos, links, chats, photos, quotes and text, along with matching colorful icons. The interface is the biggest change in today’s update according to the description on iTunes. The last update for Tumblr introduced Social Sharing options to sites like Facebook, Twitter, Pocket and Instapaper, as well as additional gestures. You can now download the updated version of Tumblr for iOS in the App Store here. 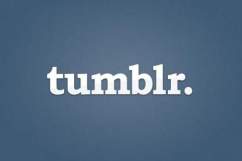