Fittingly, Iain Dodsworth tweeted his departure from the microblogging platform after it was acquired two years ago. Premiering in 2009, the founder created the dashboard account that compiles multiple profiles with constant updates at once and allows users to create and send messages. This was the most popular application when it premiered.

Two years since the @tweetdeck acquisition and now feels like a perfect time to start something new. Goodbye @twitter, it’s been marvellous.

2.Dodsworth Wants Some Type of A New Start


Techcrunch reported that the CEO wanted to start something new. While that’s the best response sources have for his departure, AllThingsD reported that he most likely stayed through an agreed-upon contract with Twitter after TweetDeck was sold, since it is almost two years to the day that the company got bought. The app is only available right now on the desktop since Twitter shut down all of its mobile versions a few months ago so its hard to predict TweetDeck’s future.


The new product manager hired away from The Guardian may be the key influence in recreating TweetDeck. Bulusu was the group product manager and led the content platform team for the British paper. Having worked in the US and UK in software and technology product management, Bulusu has a clear understanding of content and how mold a brand. Since the Tweetdeck services have been reduced to just a desktop app, Balusu has to figure out a way to monetize the platform another way. He is already offering insight and helping with various issues through his Twitter account at @stochastix.

4.Dodsworth Leaving Has Some Worried


The founder is leaving behind a great legacy so some people are a bit concerned about what is going to happen. Twitter’s news manager acknowledged what an important part Dodsworth had in the development of the company but feels optimistic about what Balusu can do. However, Anthony DeRosa feared for the app’s future. In his tweet below, the former reuters social media editor hopes the company realizes how important the product is. After the mobile apps were closed, the app is going to need to continue to focus on web.

I fear even more for @tweetdeck now that @iaindodsworth has left @twitter. I hope they realize how important the product is.

5.TweetDeck’s Best Hope Is The Web


Since more details about the CEO’s departure are just coming out in the open, lots of speculation is out there about where TweetDeck can go. The desktop version is going to best hope they can have since its user interface and customization is more suited for the computer compared to mobile. The company has potential to morph into an innovative media company that can provide a unique delivery system for its content but partnerships with other organizatons can help. For a CEO, Dodsworth rarely rocked the boat and caused problems but TweetDeck did lose a great leader. Only time will tell if the app can set itself apart from its parent company. 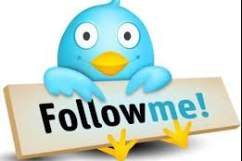