Mock up image of the console’s logo.

According to sources who spoke to IBTimes UK, the new Xbox 720 will be called the Xbox Infinity. At the moment, it’s not known whether these facts are true of false. Here’s what you need to know about the rumors about the next Xbox.

Prior to the IBTimes report, most tech and video game reporters assumed that the next-gen Xbox would be called the “Xbox 720.” It would have made sense; the Xbox 720 would be “double” the current Xbox console, the 360.

2. Others Thought It’d Be Called “The Xbox”

Other writers thought that the new Xbox device would just be called “The Xbox,” similar to Apple’s decision to dub the iPad 3 simply “The iPad.”

3. The Xboxinfinity.com Domain Is Already Owned by Someone

According to Ars Technica, the domain xboxinfinity.com is already owned by someone.

Oddly enough, the XboxInfinity.com Web domain is currently parked by Chinese firm HangZhou AiMing Network Co., Ltd, and the .net and .org domains are also parked by various private individuals in the US.

4. It Will Be Packed with Features

The Xbox Infinity will be packed with features, according to reports. As we previously wrote, the Xbox 720 will have an update Kinect, run multiple apps and more. Read the full post here.

5. The Next Xbox Will Be Announced On May 21

Microsoft announced that they would be holding an Xbox-related event on May 21st. Here’s what we wrote when the invite was leaked:

The invite is cryptic but is clearly about the Xbox video game console. Microsoft has a ton of projects, from mobile development, to tablets and personal computers, so by specifying what this event is about gives us a great preview to what we can expect. 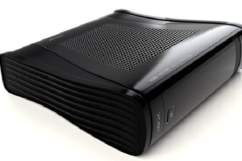