Photos of a third party MFI controller for Apple have leaked online. Here are five fast facts you need to know.

1. Kotaku Got The First Glimpse

Gawker media’s video game site was the first site to post the alleged image seen above. Owen Good asserts that it is real but did not state who his source was for this. Good claimed that is was produced by Logitech and Apple would not be making their own. The shape and size seem perfect to fit the next generation iPhone that is rumored to arrive this fall.

2. It Is Similar To The Developer Schematics

Last week, Gizmodo published pictures of document containing an outline for these controllers. While this was intended as a developer-only read, the images on the left closely resemble what Kotaku posted. It contains the XYAB buttons on the right that may be intended for action support but it is hard to tell if their are shoulder buttons on the top thanks to the blurry resolution of the image. Other notable parts are the circular direction buttons seen on the left and a pause key.

3. Logitech Is Supposedly The Creator

As part of Apple’s third party controller support, Logitech is reported to be the first producer. The company creates accessories for Apple tablets and other products so the firm has an understanding of the items which gives this some believability. Other third party developers include iFrogz which announced they would make their own version of the gamepad a few months ago.

4. iOS 7 Is Essential To These Designs

The key component to these new machines will be iOS 7. The software will serve as an interface that will help developers have a target to focus on. Third party makers had a problem when it came to iOS and Apple wants to help the compatability process. They want a transition between Apple products so the key for developers is to center gameplay around the game center.

5. We Should See More By The Fall

The seventh generation of the operating system is arriving this fall. While this is an interesting first look, we should get more glimpses of other offerings as the summer progresses. Apple appears to be making this easy for developers by making the designs revolve around the API but creators should hold off until the official release dates is announced. This certainly will be a great gaming experience since the new Apple items are going to contain better memory along with new visual look but we need more specifics when it comes to the companies making them and the new iOS game performance. 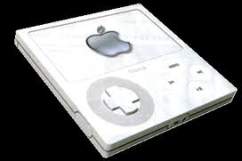