Apple’s annual World Wide Developer Conference is beginning on June 10th. One of the services tech fans are going to be looking out for is the company’s streaming music services. Here are five fast facts that you need to know about the rumors.

1.It Could Arrive Next Week


Apple’s annual Worldwide Developer Conference begins on June 10th-14th in San Francisco. The exhibition is meant to show off the next wave of Apple products including new versions of their computers, phones etc. Similar to other company showcases, Apple already has been dealing with an onslaught of rumors about the products especially a reported music streaming service. Allegedly called “iRadio”, the service is supposed to arrive next week after dozens of reports that the company is working on streaming development sometime this year. Next week’s event would be a perfect platform them to announce this since it could help overshadow their rivals. Adding more support to this rumor is that the company usually uses these as a ways to announce new additions to product lines like iTunes in the cloud at WWDC 2011.

2.It Already Will Have Competition


Streaming music service is a tough market. Pandora and Spotify are the overlords of this developing field and now Google got in on the action. While details are still vague, Pandora is already attempting to downplay this news. Both streaming sites have their various pros and cons but iRadio is going to need to do something drastic to distinguish itself. Google Play’s presence on iOS won’t make this an easy task.

3.Features May Include Ad-Free Playback


Ad-Free playback could be the big advantage iRadio needs. Pandora and Spotify are filled with these which interrupt a clear listening experience. Bloomberg reports that Apple is shifting their ad focus to support the new program. Known as the iAD department, anonymous employees told the site that they are creating ads that will reach out to various consumers based on their individual needs. Since the service is more narrowed, the ads will pinpoint basic needs. Ultimately, this feature will help iRadio be branded as a more friendly listening experience. Rewinding may be another possible feature iRadio that gives it an advantage over Pandora since that particular streaming site refuses users to listen again to a favorite song.

4.It Is Partnered With Major Music Publishers


To build a music library, Apple needs to work with other music companies. Ars Technica reports that the tech giant allegedly partnered with Warner Music to start compiling their selections. According to the site, the company gained both music and publishing rights while another rumored deal with Universal lead to just music rights. While the tech giant is seeking more help to build their program, Sony has been an obstacle for total music domination. Another possible feature of the program involves song-skipping which essentially denies the company access to certain revenue but Universal and Warners hold a huge musical library.

5.It Should Be Accessible By September


While we may not have concrete details until next week, the product is rumored to arrive in September. The fall release is right in line with most of the other products appearing later this year. While these are still rumors, the company needs a service like this to expand. With all the issues they’ve been encountering over the past few years, they need to use WWDC stay on top and show why they are innovation leaders. Expect more coverage from us when the conference starts next week! 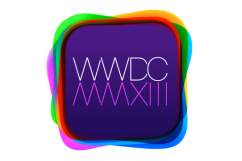