Here’s what you need to know about “iRadio” and the rumors swirling around it.

Reported this morning by the LA Times, the tech giant will be adding Sony ATV Music Publishing to its growing list of labels set for its new streaming service. Joining Universal Music Group and Warner Bros. as the major companies attached to the new application, Sony’s estimated library contains over 2 million songs especially after the 2012 acquisition of EMI publishing.

2. iRadio Will Be Announced On Monday

While The Verge said negotiations the terms of the agreement haven’t been reached as of this afternoon, this is not expected to delay the announcement at WWDC on Monday. The launch date is still unknown, but the expected declaration of the streaming service is meant to entice developers. iTunes is a crucial part of the tech giant’s revenue, so allowing for expansion for this new music service will be key in order to overshadow competitors’ newest integrations.

Since Apple may still have some obstacles to clear with the newest addition to its brand new application, one of the reasons The Verge feels Sony held out was because of revenue. Pandora paid a considerable fee and the firm wanted Apple to increase that in order to gain access to its library. Other reports felt that it was because the company disliked the ability of skipping songs. They did not understand how they would earn cash when users could simply ignore a song they didn’t like that may have been present in their library. Essentially, Sony wanted to make sure they would get paid regardless of this. More specific details should come next week while this develops.

4. This Was A Long Journey

Apple has been working on this for quite awhile. Adding these three labels is a huge success, but the journey to creating this program kept hitting a few snags. The main reasons were obviously money. According to Mactrast, record labels were continuously trying to “fleece the golden goose”. The various musicians and creative executives attached to these companies knew Apple had some serious backing behind it and were demanding higher royalties. The struggles of the music industry has been well documented but these new deals with Apple could be what it needs to stay prominent.

The expected announcement is on Monday but nothing definite has been released on when the service will be active. Like many major conferences, rumors have been swirling around about the new product line. Many projections are fall 2013 and later for new releases of Macbooks, iPads, etc. A fall 2013 release could be likely for the new service since adding into the newest selection of tablets and laptops would make this program more enticing. On the other hand, rolling it out with the other big products could create a problem for development since users may not want to add it to their newest gadgetry, so a separate release could help.

6. Ad Features May Be The Most Important Part

After the news of both firms working through negotiations broke this morning, the emphasis appears to be on the advertisements as one of the most important parts of the service. Bloomberg reports that SVP Eddy Cue is leading force in managing this element. He is working with a team to retool the iAD component. The main goal is to create and sell audio advertisements that will attract big brands. The money earned from this effort will be shared with the record companies according to the Wall Street Journal. Adage noticed that the sharing revenue of Pandora with these firms is 4 percent compared with Apple’s rumored 10 percent. Apple needs all the advantages it can get to stay ahead of its biggest competitor in this space.

Other factors in iRadio are song-skipping capabilities mentioned above. This is unique compared to other services like Pandora, which allows song skipping for free after a few select pieces, then asks users to start an account to bypass more. Other rumored offerings include a rewind feature, which is unique among similar services. With the emphasis being on ads today, there was nothing new on the other sections. If the rumors of the announcement are true, expect more information on Monday on the whole iRadio package.

8. iRadio May Not Be The Real Name

Although placing an “i” in front of every product the Cupertino, California, company makes is the predictable move, the actual name “iRadio” is only a guess. The Examiner feels it is a catchier name but it was only given this title by analysts and tech fans when announced last fall. While this is probably the name or something similar for the new streaming service, the biggest surprise would be going a different route. The infamous “i” will probably have an important part.

9. Pandora Should Be Nervous

The addition of three of the largest labels in the world should be making these competitors nervous, especially Pandora. Numerous reports have indicated this is the company Apple is gunning for. Pandora does not seem too concerned, but they should be. Apple seems to be creating ways to improve on every one of the considered flaws Pandora may have. The only similarity is that both systems may not have the ability for a specific search. The first popular streaming radio program could be obsolete once Apple drops the news on Monday.

10. What Apple Needs To Make An Impact

As negotiations continue to develop, the innovative tech giant needs to be very clear on what makes its system better than the rest. Google Play gave various details about the new subscription cost, but Apple needs to emphasize its freedom for users. Most of its income will come from other products, so the company needs to illustrate the benefits of this freedom. iTunes will be able to host the songs that a user may like and want to buy but the service itself will be free. Details on the library designs will be import too. They have access to an enormous selection of songs so the emphasis on personalization needs to clear as well. Check us out on Monday as we will have all the breaking news from the conference. 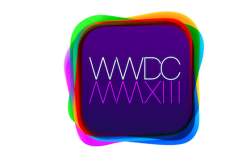