Hollywood heavyweights will conduct an experiment in South Korea this summer. Here are five fast facts you need to know.

The Wall Street Journal reported that these two major studios were quietly testing out a new business model in South Korea. Sony and Disney will be reinventing the VOD model by offering residents the ability rent a movie at home while it is in theaters. Also, another feature of this service lets users decide if they would like to order a ticket to the theater. The Huffington Post reported that this distribution method has been implemented with big 2012 releases such as “Django Unchained” and “Brave”.

The U.S. has only had some small success with this method. In the past few years, studios have relied more on foreign box office results than domestic. Countries like China have proven to be lucrative for films but there have been cases were distributors have been wary of content restrictions. South Korea is the eighth largest film market in the world and has extremely fast internet connections that can support streaming capabilities.

Piracy has run rampant in Asia and this is an attempt to beat the perpetrators at their own game. By making the movie available after a world-wide release, the studios have eliminated hackers from acquiring and releasing the content without permission. Essentially, these studios are ensuring they receive the maximum return on investment. To emphasize how cost-effective this may be, The Wall Street Journal provided a chart indicating how much consumer spending goes towards DVDs, films etc.

4.The Competition Is Paying Close Attention

If this trial run succeeds, Disney and Sony’s rivals will want a piece of the action. This would completely revolutionize movie-watching and could completely alter the entertainment landscape. Other studios will benefit from this but theater chains have become hesitant. Historically, cineplexes are guaranteed a 90 day window before distributors can release movies on DVD. This increase revenue for them and essentially keeps them running. Ultimately, the studious would profit if successful but could alienate their biggest business partners.

As the entertainment industry continues to moan about their problems, they need to stop. It’s important to develop new ways and stay vital in today’s business world. The film industry is an essential part of our society and we will always love to watch movies. Piracy will be a bigger problem as time but this strategy could be the solution. People’s tastes evolve and the role of certain markets will change. Technology will change too but Hollywood should work closer with that world in order to develop solutions that will satisfy a larger audience. 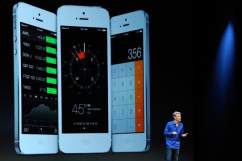