Members of Apple’s developer site were greeted by the message seen above. The company had it shut down due to a possible hacking attempt that took place last thursday. Despite the original note saying that it was closed for maintenance, Apple released a statement divulging what actually happened. An “intruder” had attempted to gain access to personal information belonging to the list of registered developers. While Apple assured the community that this data was encrypted, they indicated that there was a possibility some details may have been leaked out. As an effort to maintain their relationship with third party-developers, Apple extended membership for accounts reaching their expiration dates. The site has been restored after the company took some extra time to enhance its current security measures.

While a culprit has yet to be revealed, a turkish security researcher thinks he may have caused the breach. Ibrahim Balic commented on a TechCrunch story placing the blame on himself. Balic consults for several different firms and was exploring possible bugs found in the system. During his study, he noticed that one of the bugs he found may have been the cause of the quarantine. In order to protect his reputation and explain his actions, the researcher released a lengthy video explanation seen below.

I am not hacker, I do security research (100.000+ user information leaks)IMPORTANT!!!!! This is definitely not an hack attack. I have reported all the bugs I have found to the company and waited for approval. I am being accused of hacking but I have not given any harm to the system and i did notwanted to damage.2013-07-22T00:29:49.000Z

With its new operating system and phone possibly set for a fall release, this lockdown could have inflicted serious damage for the company. While Apple has not confirmed or denied if Balic was responsible, the actions they took to enhance the site illustrates how important the developer community is to Tim Cook and his staff. 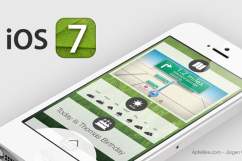