At age 88, Douglas Engelbart passed away from kidney failure. The Berkely grad played an influential role in the development of the internet. Here are five fast facts you need to know.

1. Douglas Was A Lifelong Researcher

Engelbart was born in Portland Oregon in 1925. His future efforts on behalf of the internet were inspired by Vannevar Bush’s 1945 essay “As We May Think”. Receiving his masters and PHD from UC Berkely, his career began at the Stanford Research Institute where he continuously recruited researchers to his lab. 1962 is when we first saw his ideas come to life. At the very end, The Douglas Engelbart Institute carries on his work.

This visionary played a huge role in the early development of the world wide web. Engelbart’s most notable accomplishment was the creation of the computer mouse which was a crucial key in his vision for connected systems. The early prototype was a bulky wooden block that held three buttons. At the time, three buttons was all that could fit. The inspiration for this invention came when the doctor saw cursor stroll across the screen at a conference. The initial design he crafted was improved upon by Steve Jobs where he felt one button would be sufficient.

3. He Was Involved With ARPANET

Engelbart’s employment at the Stanford Research Institute led to his involvement with ARPANET. This served as the early inspiration for the modern internet. During his tenure at SRI, he filed for over a dozen patents which led to his report called “Augmenting Human Intellect: A Concept Framework”. This essay led to the formation of the Augmentation Research Center. ARC focused on research early concepts like bitmapping, collaborative tools and other early concepts.

The pioneer perfected hypertext and the earliest models of a desktop interface. As part of his “bootstrapping strategy”, Engelbart envisioned hypertext as links between source codes, design documents and other important pieces of information. This laid the groundwork for information architecture and presented this new invention long before anyone thought of it. The desktop interface played a crucial role in connectivity but all of these were showcased at an extremely famous event.

5. He Did The Mother Of All Demos

The inventor made an impact with this presentation. His work laid the foundation for the internet and this demo proved that. This 90-minute session showed Engelbart utilizing all the new tools he created. The electrical engineer had shown off the first instance of video conferencing too. Stanford fortunately preserved the video and audio of this groundbreaking seminar. 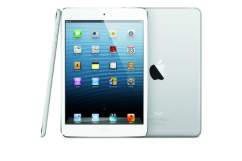 Will the iPad Mini 2 Have A Touch-Screen Border?