While the glasses are still a few months away from an initial release, the company has made efforts to repair a prominent security breach. According to The Guardian, researchers at mobile security firm Lookout discovered a flaw that could have allowed hackers to analyze data being sent from the Google Glasses to the web without the wearer’s knowledge.

What’s the diabolical method they could have used? A corrupted QR code would have given them easy access. Hackers could have incorporated numerous versions of this code into pictures. Once a Google Glass owner takes a picture, the hacker ends up infiltrating the Glasses processor and can do anything from sending costly SMS messages or stealing personal information.

Fortunately, Lookout discovered this issue first. QR codes are an essential part of the Google Glass system. Since the device doesn’t have a keyboard, Google Glass relies on QR codes for important functions, like connecting to a Wi-Fi connection. While QR codes represent the ingenuity and creativity of Google Glass, QR codes temporarily jeopardized Google Glasses commercial success (why would you want a device that could be hacked so easily!?)

Check out the video below where Lookout explains its methods. 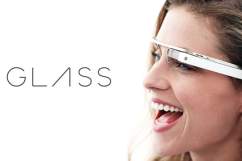 Google Glass Hackers Could Watch Your Every Move: 5 Fast Facts You Need to Know