iOS 7 Beta 3 was released yesterday, and critics and fans alike have been raving about the new changes and stability for iOS 7 Beta 3. But, what exactly is new to the operating system update? Here’s what you need to know. 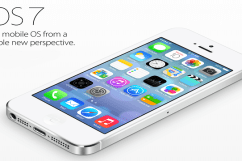 One of the biggest changes in iOS 7 Beta 3 is the difference between the fonts. It doesn’t sound like a drastic shift, but the change shows a shift in ideology at Apple.

In almost all of the stock apps and throughout the operating system, the difference in fonts is noticeable. Business Insider notes that Apple (and SVP Jony Ive)’s decision to switch the font in iOS 7 to Helvetica Neue Light wasn’t really well-received. Multiple designers complained about the design shift, mimicking Marco Arment’s statement (via Business Insider):

The reasoning behind the criticisms is that, while the new font looked cool, it was still pretty hard to read, even with Apple’s Retina screen.

But, switching to the easier-to-read Helvetica Neue will be an improvement, and a lot of people are really excited. It also represents Apple’s willingness to work with customer complains. Could you imagine if Jobs was alive? There would be no little chance that Jobs would have changed his mind about the font, which would have led to a potentially big public backlash after the initial release (like with Apple Maps).

The App Download animation has been changed again. Apple and Ive announced the change at WWDC 2013, but now are using a different animation that’s a little more user friendly.

Now, the iOS keyboard won’t have the “.com” button so you can easily type in a URL. Instead, if you hold the period sign, a list of domains will pop up — including .com, .net, .org, and .edu. My guess is that the reasoning behind this change is because of Apple’s new universal URL bar in the iOS 7 version of Safari. 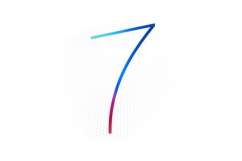 One of my biggest pet peeves in iOS 7 Beta 2 was the inability to check the time if you’re listening to music on your iPhone. It’s pretty inconvenient type in your password to simply see the time. Luckily, Apple realized how annoying this is and fixed the issue pretty quickly. While it still doesn’t work when you double-tap the home button and then double-tap it again to get rid of the music controls, just being able to see the time is still an improvement.

Smart Wi-fi
Gottabemobile.com noticed that the Wifi Plus Cellular connection is back in iOS 7, but there’s no setting to actvate it. Here’s what they said:

The iOS 7 beta 3 release notes discuss Cellular fallback, a feature that will use cellular data when a WiFi network is not working correctly. This is a handy feature for users who would otherwise see an error message when a cable modem goes offline. Apple offered this in an iOS 6 beta, but it was not part of the final release.