Last Thursday, Apple disclosed that the company shut down the Apple Developer’s website after a security breach. It was a pretty shocking announcement, since Apple prides themselves in their security, but, now that Apple becomes more and more popular, hackers are turning their attention away from other companies like Windows and focusing on Apple. 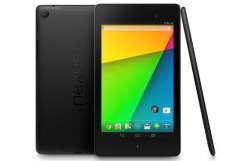 According to GottaBeMobile.com, Apple’s Developer portal was offline for quite awhile:

The Apple Developer portal went offline on Thursday July 18th and remains offline as of Monday July 22nd at 11:30 AM Eastern. After several days of silence Apple issued a statement late Sunday night that outlines what happened and what information the hack may have exposed.

However, on Monday, Apple released OS X Mavericks Beta 4, which could indicate that the tech behemoth isn’t delaying any releases at all and that everything is running on schedule. A chart from Will Hains (below) shows the delay between iOS Beta releases in the past and, from that, we can hypothesize that Apple could release a new Beta update to iOS 7 today, July 24th.

That seems unlikely, but we can definitely expect a release in the near future. Apple is obviously hard at work developing iOS 7 and, at the same time, is eager to put these security concerns everyone’s been discussing to rest. The simplest way to ease concerns is by acting like nothing is wrong and that the security flaw was just a slight bump in the road.

Apple releasing an updated Beta could help developers work on their own apps, since there are a number of issues that are still on iOS 7 Beta 3. GottaHaveMobile.com writes that some of the bugs include “incoming calls not ringing on the iPhone and or not showing a missed call marker, developers and iOS 7 beta users are hoping for the release of a new beta.”

So, while iOS 7 Beta 4 may be delayed, it would make more sense for Apple to continue on the current schedule and release iOS 7 Beta 4 sooner rather than later. If iOS 7 Beta 4 doesn’t show up soon, analysts and critics may see this as a sign that Apple isn’t as invincible (in terms of security) as it once was, which could negatively impact the company’s stock.