Apple is back in the news regarding rumors about the iPhone 5s.

Here are five fast facts you need to know…

1. They May Be Testing Out A Larger Screen

Last month, Apple’s annual developer conference advertised a series of new products available within the next few months. One of the most prominent was the iPhone 5s. This item has been the subject of rumors for months now and seems to have a prominent presence in thew news. The latest speculation has surfaced is that the phone will delayed until the third quarter of this year. Bloomberg News reports that the primary reason is for Apple to test a design for a bigger 4.3 retina display screen.

2. This Rumor Is Probably Ridiculous

Bloomberg cites that they obtain the information from Taiwanese financial paper The Commercial Times. That specific paper had said they received these comments from “unidentified people in the semiconductor industry”. The screen size for the new phone has been a big topic of discussion since its announcement. Adding more evidence as to why this might be ridiculous, Apple and Taiwanese supplier TSMC have yet to issue comments.Comments from this organization would help support these assumptions since the screen has been a prominent topic of discussion. However, CNET notes that the trend of large screens is catching on so there is a possibility that Apple is doing this design tweak just to meet consumer demand.

3. The “Budget” iPhone Is Apparently Still On Schedule

Other aspects of this report claim that the cheaper alternative is still projected for a third quarter release. The Commercial Times also claims that suppliers have “shipped” parts for the new devices back in June according to Gizmodo. While shipping this phone to stores on time, this still is another nail in the coffin as to why this report is not accurate. The budgeted iPhone is predicted to be a mid-budget item intended for less expensive markets. Holiday sales always bolster revenue so its bizarre if they release this version first before the 5s which is hopefully going to be a huge improvement over the previous model.

4. New Features Have Leaked For The Phone

Features of the new phone have just sprung up online putting another nail in the coffin for the possibie validity of the report. According to much more reliable source Cult Of Mac, the new phone is apparently already in production and will contain a series of new features. The image seen above confirms rumors that the phone is ramping up production this month. Gaining these images and intel from chinese site EXPreview, the manufacturing aspect has apparently been solidified but the new features they report have not. The new additions consist of a new 4-inch 1136×640 IGZO display as well as a new 12 megapixel camera. Of course, we still need more confirmation on these images and facts but it does make the rumors of screen size adjustment very questionable.

The relentless rumor mill around the iPhone will not end unless members of Apple make public comments or the product is finally released. Take these recent rumors with a pinch of salt. There is no way this could be true. While it will be interesting to learn how big the screen size will be, papers like the Digitimes and Jefferies Analyst Peter Misek will continue to make outrageous claims for the sake of authority and attention. These two are prominent perpetrators of preaching endless assumptions which has seriously damaged their reputations despite Misek being proven right in regards to phone production. It would make more sense for the phone to contain the recently leaked enhancements though. Targeting a third quarter release would impact Apple’s revenue so we will have to see how this one plays. Before you form new assumptions., remember that seeing is always better than believing first. 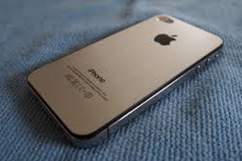