The CEO has been fired from his own company. Here are five fast facts you need to know.

1. Don Mattrick Is The New CEO

AllThingsD Kara Swisher reported earlier today that Microsoft Exec Don Mattrick has joined the mobile gaming company in an unspecified role. Later in the day, Business Insider confirmed that Mark Pincus has been fired and that Mattrick will take his place. Mattrick’s role at Microsoft was expected to expand as part of a restructuring but it is unknown as to who will take his place at the software giant.

2. Pincus Broke The News With An E-mail

Zynga staff members received the news from an internal memo the former CEO had sent out which was subsequently posted on the company blog. Details on the transition remain vague while it is difficult to gauge how Pincus feels. The memo discussed the accomplishments Zynga has made over the past few years. Pincus felt this transition was needed. His memo analyzed Mattrick’s experience in the gaming industry and how his leadership would push Zynga forward. Mattrick is expected to take over next week.

3. Mattrick Is A Video Game Visionary

The canadian native has been a crucial part of Xbox development for Microsoft. His former title was President of Interactive Entertainment. He was tasked with creating content for XBox platforms. One of his most notable accomplishments was creating the Kinect motion capture system for the gaming console. This revolutionized the industry and made XBox a considerable contender. With an estimated 17 years working in gaming, Mattrick is capable of turning this troubled company around. Pincus even agrees that the exec has extraordinary vision for this.

It’s no secret Zynga has been struggling. It recently laid off 520 members of its staff and had a disastrous IPO. Zynga gained popularity when it created simplistic time-wasters like Farmville and Cityville. Despite this, the company has been in a downward spiral and needs a complete restructuring. Mattrick taking charge seems to be a positive sign the stock price for the site has shot up.

That’s become pretty clear. The founder has struggled with the adjustment to mobile adoption. The reasons he gave as to why Zynga stumbled after the IPO was pathetic. According to Forbes, the founder had ideas for new mobile games and a better advertising program but the public never saw them arrive. The stock is continuing to climb today thanks to this news but Mattrick has the skills to push the company towards a brighter future. Pincus will still stay on as Chairman and Chief Product Officer but Mattrick’s leadership will hopefully erase the memory of his tenure as CEO. 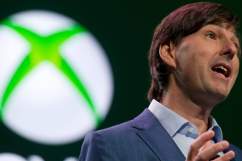