On July 10th, Apple will be celebrating the fifth anniversary of the app store. Last week, numerous journalists recieved a poster listing the influential online retailer’s most notable accomplishments. These included the launch of the store in July 2008 in 62 countries and holding over 500 apps as well as app downloads reaching one billion in July 2009. While the company deserves its share of critical acclaim, it may have launched another publicity stunt in order to attract attention.

According to The Verge, they spotted many popular iOS apps and games had gone on sale or went completely free earlier this morning. The pages within the marketplace have not announced these new deals and Apple has yet to release a statement about this. The interesting part of this possible promotion is that these programs have never been on sale before and have a reputation to be very expensive. The offerings are available for iPhone and iPads. Games that have reduced their price include fantasy adventure Infinity Blade II, popular platformer Badland, Disney’s Where’s My Water? and Super Brother’s Sword and Sorcery EP. The biggest surprise was Traktor DJ. The music mixing tool for phones and tablets drastically dropped its price from $19.99 to free. Other top-selling tools with this special sale also are journal app Day One and Over.

This marketplace has lead a revolution in the role of apps which is why the store needs a celebrations like this. Competition has gotten fierce with its rivals at the Google Play Store so Apple has to do something to reinforce why it is the best retailer out there. No one has confirmed yet why these programs were selected to be free but we will keep you updated. 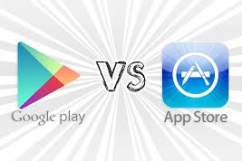