Apple was convicted of violating anti-trust laws last month in a case involving alleged price-fixing. The Department of Justice filed the claim against the Cupertino, California-based firm, which led to a guilty verdict.

Earlier today, the DOJ provided a set of proposed directives for Apple to follow in order to prevent this from occurring again. While they are still waiting to be court-approved, the restrictions entailed that Apple end its agreement with the five publishers they “colluded” with.

Other suggestions were for Apple to share links between online e-book providers like Amazon. This would benefit customers when it came to comparing prices. However, the company’s biggest concern was that these online outlets are its biggest competitors. 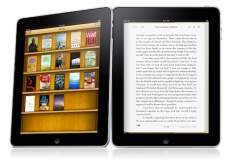 Apple Found Guilty of Fixing E-Book Prices: What You Need to Know

Apple is still denying they were complicit in this plan. In response to this filing, the tech titan called it “draconian.” The primary point of their argument is that Apple refuses to allow the DOJ to regulate the core business: The App Store. Apple continued to attack each regulation calling them “absurdly broad.”

It makes sense that Apple has gone on the defensive. This could harm their financial standing especially with the possible five year ban. August 9 is when discussion on this debate will be held. Judge Cote, who presided over the original case has pushed off the hearing to estimate damages. Apple’s full embedded statement is below.