Looking for some new games to play on your iPhone? Here are the Top 10 Best iPhone Games of August 2013.

Hay Day is a new farming game developed by Supercell. Harvest crops and build bakeries so you can trade wholesome goods at your own Farmer’s Market. Raise and care for cute farm animals and improve your farm with different tools. Play with your friends on Game Center and Facebook. Your farm will look beautiful and feel alive! You can download Hay day from the App Store here.

Are you up for a new challenge? Solve puzzles and find objects that will help you break out of the rooms. Escape and advance to the next floor. Challenge yourself in this popular fun puzzle game. You can download Can You Escape from the App Store here. 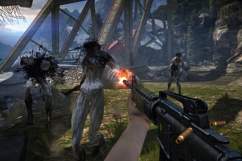 Top 10 Best New iPhone Games You Need to Know About

If you watch Ellen Degeneres’ TV show, then you’ve probably seen her play Heads Up! Heads Up! is Ellen’s game that has been turned into an app. The game can be played with two players or in a fun group setting. Players will pick from a large selection of “decks,” which include categories like celebrities, singing, characters, accents and more. One player will place the smartphone on their forehead, while other players will need to describe what the word is. If a player guesses the word correcting, the player holding the smartphone will tip the smartphone forward, which will bring up the next word. You can download Heads Up! from the App Store here.

4. The Simpsons: Tapped Out

In Plants vs. Zombies 2, Zombies are slowly making their way to your home and you must have a defense line and use your gardening skills to stop them. Bonk Choy, Bloomerang and Lighting Reed are some of the new plants that will defend your lawn. Collect coins and purchase power-ups that will take your game to new dimensions. See how long you can survive in the hit action-strategy adventure game! You can download Plants vs. Zombies 2 from the App Store here.

Bloons TD 5 is a tower defense strategy game created by Ninja Kiwi. Players can select game modes from easy, medium and hard. Players will test their skills on a new jungle track. Although this game doesn’t have any soldiers or towers, an army of monkeys will need to pop balloons. Each balloon you pop gives you more cash so you can upgrade. Players have the ability to record and share videos with friends and family on social networks. Compete with your friends and share high scores via Game Center social network. You can download Bloons TD5 from the App Store here.

Zynga launched Running With Friends, a 3D action arcade game for iOS devices. Players can outrun and outscore their friends. You’ll need to dodge charging bulls, flying barrels, and speeding cars in order to reach the top of the leader boards. Running With Friends is a fast-paced game, and players can compete in three rounds, trying to outrun opponents. Just swipe the screen vertically and horizontally to dodge bulls, and other objects. You can download Running With Friends from the App Store here.

Clash of Clans is an addictive strategy game developed by Supercell. Build your own village, train your army of mighty fighters and join thousands of players in epic battles online. Defend your village with cannons, towers, bombs. The quest isn’t over until you lead your clan to victory! You can download Clash of Clans from the App Store here.

Fetch by Big Fish Games, Inc. is about a boy named Milo who loves his dog Bear and is a kid-friendly app filled with adventures. As you work your way through this animated app furry friends will come to life. The more you play the game the bigger chances you have of saving Bear. Fetch was released in 2013 and comes in 11 different languages. You can download Fetch from the App Store here.

See if you can guess the colors of the most popular icons. Test your memory with 20 levels and over 200 mystery icons to solve. If you guess wrong you will lose one life. You can download Colormania from the App Store here. 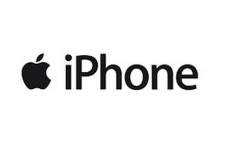