After months of speculation, Youtube founders Steve Chen and Chad Hurley revealed their newest project. The Mixbit video app is similar to Vine and Instagram’s latest updates but with one big difference.

Mixbit is a collaborative tool that lets users combine videos to form a longer production. With a time limit of 16 seconds, the app outranks its competitors. Users can edit and adjust up to 256 clips on the main website to form your feature length film.

This is the first project to emerge from the tech execs new startup called Avos Systems. Speaking with the New York Times, the creators elaborated that the principal goal of the app was to “reuse content that was already in the system.”

The website can support the editing process on multiple desktop browsers.

Mixbit has a few issues it should address in the upcoming weeks. The website forces users to upload anonymously which prevents them from receiving credit. However, Instagram and Vine still have a disadvantage compared to this creation. Mixbits longer length and editing tools are two features the previous platform’s don’t contain. Instagram attempted to introduce these elements yesterday but were met with little reaction.

Available in the Apple Store today with an Android version arriving at the end of September, you can head to the main website and begin testing it out. 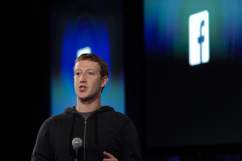