Former Xbox boss and Microsoft exec Don Mattrick has taken charge of mobile game company Zynga. In an attempt to correct the problems Zynga is continuously plagued with, the new CEO has axed three execs.

Here’s what you need to know about this development.

1. Mattrick Had to Make Decisions Quickly

The departing employees are COO David Ko, technology chief Cadir Lee, and chief people officer Colleen McCreary, according to the Wall Street Journal. In a possible attempt to increase oversight of the company’s operations, Mattrick declared 13 execs must report directly to him now. Lee’s role will be split between Nick Tornow and information chief Dorion Carroll, while Ko was a Yahoo veteran who surprisingly received the cut after being promoted last year. His position has yet to be filled, while McCreary’s future is vague as well.

2. Zynga Has Had A Rough Year

The first sign of trouble became obvious when the company fired 520 people. (Getty)

Beginning with Pincus’ demotion, Mattrick is implementing his strategy to right what most see as a “sinking ship.” Zynga has had to cut a tremendous amount of staff in the past few months as it struggled to build its corporate identity. Famous for the Farmville franchise, the mobile gaming firm’s popularity peaked years ago. Acquiring new talent and testing new people could be viable to help with game development but the company still has a long road ahead.

3. Candy Crush May Be the Primary Target

To establish more relevancy, Mattrick and his team could be locked on Candy Crush and its parent site King.com. According to online tracker Appdata, the highly addictive game pulls in 150.4 million users a day, surpassing Zynga’s five-year record reign. Bloomberg News spoke with analyst Colin Sebastian, who had this to say:

Zynga won’t be truly right-sized until they demonstrate improving product performance, so let’s hope these changes result in better games.

4. Pincus Was a Big Part of the Problem

The exec (right) was known for his ego and controlling ways. (Getty)

Mattrick has his work cut out for him, but former CEO Mark Pincus left him with quite a mess. Pincus was a Silicon Valley star when he took the firm public with disastrous results. His reduced role occurred after investors were clearly frustrated with his performance. Don was a legend in gaming world and was predicted to resurrect the husk of the former firm.

5. It’s Unclear if Mattrick Can Succeed

He could but we won’t know for awhile. His move forcing senior execs closer to product teams can prove to be beneficial in terms of cutting costs. The whole point of this restructuring is to put shareholders/employees at ease while he takes over Pincus’ pride and joy. The CEO still has to keep turning things around if he hopes to make it a juggernaut of gaming again. 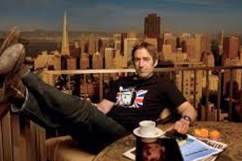