This is supposed to be a design of the iPad Mini 2 that the aspiring Apple leaker Sonny Dickson posted on his own site. (Sonny Dickson)

New rumors have arrived claiming that Apple will unveil two new iPads on October 15th. The rumored tablets are considered to be the iPad 5 and iPad Mini 2. Last week’s keynote unveiled the iPhone 5s & iPhone 5c along side iOS 7 with no mention of tablets or computers.

Sonny Dickson compared the alleged shells of the iPad 5 and iPad Mini 2 to gauge the differences in size and length. (Sonny Dickson)

French blog Macgeneration is the latest source behind this speculation but have a mediocre track record in terms of accurately gauging Apple’s strategy. The website previously claimed that a new set of Mac Pro laptops would be sold Spring 2013. After the iPhone 5 keynote last year, Tim Cook and his team held an event introducing new iPads one month later so this timeframe may still be accurate.

The expected specs surrounding the tentatively titled iPad 5 & iPad Mini 2 are that they will come to stores during the holidays equipped with a slimmer bezel and high res retina display while both products will essentially be designed in a similar manner. With the focus finally shifting away from the iPhone 5s & iPhone 5c, Apple could be focusing more attention on this next of devices as well as the final version of OS X Mavericks. While still too early to assume that this completely true, Tim Cook’s company has a few more tricks up their sleeve. We’ll update you more as this story develops. 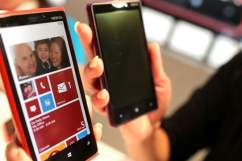