Google celebrates its 15 year milestone tomorrow by adding a series of new features to the search engine. The new algorithm called Hummingbird was introduced and a series of updates were introduced for every Google Search program. Here are five fast facts you need to know. 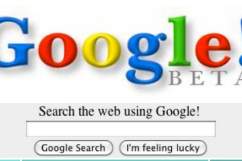 1. Hummingbird Is The First Big Change For Search In Three Years

The press conference took place in the same garage where Google got its start. (Getty)

The press conferenced took place in the same garage unveiling this new algorithm called Hummingbird. The algorithm is part of Google’s birthday celebration and is the first significant update to Google’s core business since 2010. It affects 90% of searches and has been in place for about a month according to Senior Google Search VP Amit Singhal. “Caffeine” was the last algorithm Google had in place before switching over to this new creation.

The iOS app will update with new push notifications according to The Verge. Google Now push buttons will appear on the platform enabling quicker alerts. It should make the program work more predictably like its Android cousin. Also, a new innovation for the iOS app will allow users to directly ask the app to save reminders for you.

4. New Voice Queries Lets You Have A Full Conversation With Google

The search engine can now talk back to you with updated voice queries. The voice search is incorporated into all mobile and web platforms and can give answers no matter where you are.

Google lets you take a trip back time by typing in “Google In 1998”.

These new features for the powerful company are indicative of how far Larry Page and Sergey Brin have taken it. All of these tools will be activated across all the platforms shortly. For a good time-waster, type in “Google In 1998” to the current search engine and take a trip back in time to when the company first started. 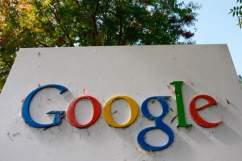