iOS 7 is one of the most significant upgrades Apple has created for its own operating system. It offers a lot of new features to iPhones & iPads including iTunes radio, enhanced browsing speed and more. However, it will not make your Apple product waterproof no matter how convincing the advertisement seen below is.

The image seen above was an interesting new ad that has been circulating the web today convincing people that their iPhones are now invulnerable against water. Essentially, the convincing but absolutely fake image told users that their phones would be able to withstand serious amounts of water damage.

Unfortunately, common sense did not prevail. People ignored the fact that technology and water are never a good combination and attempted the process. Here are some of the colorful responses on Twitter. Some of the language is NSFW.

TDermot: “Whoever said iOS 7 was waterproof f***k you”

Joe:”Ok whoever said IOS7 is waterproof GO F*** YOURSELF.”

In all honesty, I think if you believe a new software update will make your iPhone 'waterproof' then you deserve to have it ruined.

How stupid must people be to fall for this… http://t.co/5je01b1SWr pic.twitter.com/rRV3OVRQ16

Ultimately, this did not go well. No one has claimed responsibility for this image yet but the full ad can be seen below. 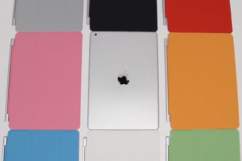