Retiring Microsoft CEO Steve Ballmer held his final meeting at Seattle’s Key Arena yesterday.
Receiving treatment like a rock star, the emotional exec starts tearing up as he bids farewell to all 13,000 of his employees.

Ballmer will leave Microsoft within the next 12 months but assures his eager audience that “we’ll deliver the next big thing. We will change the world again.” Behaving as expected, the spirited speaker prances around the stage to Michael Jackson’s “Wanna Be Startin Something” which was played at his first company meeting in 1983 before being played off by Bill Medley and Jennifer Warnes’ “I’ve had The Time of My Life”. The search for CEO is still happening with the likely candidates being Nokia’s Stephen Elop and Ford’s Alan Mullaly. 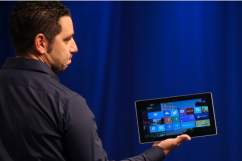 WATCH: Microsoft Wants You To Meet The Surface 2 In Dramatic New Video

Steve has spent most of his professional career at the Silicon Valley stalwart. The first 20 years of his tenure was spent working as Bill Gates right hand man while the previous 13 years have helming the colossal computer conglomerate. His role in the tech industry has been polarizing. The businessman has missed out on the tides of change that have swept through the tech industry but its hard to find an exec that gets this animated over something he loves so much. He will be missed, whether you like it or not. 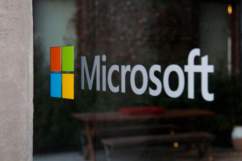