Everyone is excited for the new iPhone. Samsung can’t seem to understand why. (Getty)

Smartphone companies are notoriously competitive when it comes time to launch their products. These tech titans will either release a series of “friendly” videos mocking their competitors wares. Today, Apple sent the iPhone 5S & iPhone 5C to its retail stores nationwide but CNET claims they discovered a new ploy by Samsung to scope out its competition. 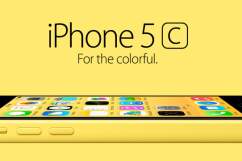 iPhone 5C: The Top 10 Reviews You Need To Read

According to the article written by Shara Tibken, the South Korean electronics conglomerate covertly analyzed the line at the Apple Store located on 5th Avenue in New York City. Posing as a Korean video crew, these alleged reporters talked with other journalists asking questions on why Apple is so successful (“Is the line shorter or longer than last year?”) while simultaneously documenting these fans camped outside the store.

Tibken gained a quote from an anonymous representative at the Samsung Broadcasting Center who explained this maneuver:

Other companies release new phones, but there’s not as much passion and heat [from buyers],” a Korea-based producer from Samsung Broadcasting Center/Cheil Worldwide, who asked not to be named, told CNET at the iPhone launch. “It’s only Apple. Why? We’re curious.”

The broadcasting center is a separate entity that is separate from the electronics firm. Housed under Cheil Worldwide, this is a korean based group that aids Samsung with marketing and communications for product campaigns.

Tibken cites that Apple and Samsung are the rare companies that actually make money off smartphones which means that Apple may be in store for another ad once Samsung releases its next set of phones. 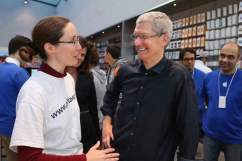