Was the cost of the iPhone 5S & iPhone 5C a let down for you? Walmart will be offering a series of discounts to ease the pain of the high price

iPhone 5C pre-orders start at midnight but customers will have to wait until next week to get the iPhone 5S. When Apple announced these two new additions to the smartphone family, critics were skeptical of the price when Apple revealed the 5C would cost $99 and $199 for two different models.

While the iPhone 5S will be on store shelves September 20, Walmart is offering a selection of discounts for customers who think the price may be too high. The retail giant applied discounts to both 16GB versions of the two new iPhones. $20 is dropped from the iPhone 5C rounding out $79 while the iPhone 5S loses $10 from its retail price selling it at $189. A two-year contract is included with this deal on the carrier of your choice.

This offer extends to older versions of the iPhone as well. Starting today, the iPhone 5 will be sold for $79 with a two year contract along side the 4s for 97 cents on contract too. If your lucky, the outdated iPhone 4 will be free with $100 gift card to Walmart stores.

Adding more cost-effective benefits when these two phones premiere, Walmart’s new trade-in program that will give customers $300 worth of in-store credit which can be applied to a new phone. This bargain begins September 21st turning the retail conglomerate into the best place to purchase your new iPhone. 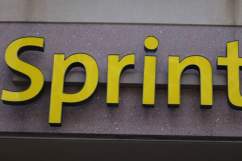