Microsoft has released the final version of Windows 8.1 and the download is slowly appearing in the Windows Store. The reviews are positive saying that owners of several Microsoft devices should have this software. Here are the top ten facts you need to know about its features. 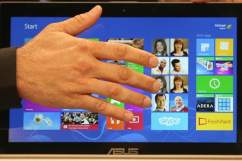 1. The User Interface Changes Are Subtle

The changes for Windows 8.1 are much deeper than they appear so the start screen could look a little familiar. (Mashable)

Once users obtain the new version of the operating system, they will notice that it looks essentially the same. However, there are a couple of small user interface tweaks found in the tablets and windows phones. Tips will pop up for those who are unfamiliar with how to navigate the device while the new addition of a Helps + Tips app will serve as a central hub for any information you may need. The start screen still contains the traditional tile format with the exception of varying sizes. For example, The Weather app can expand to include three different cities and forecast a few days ahead.

2. The Start Button Has Returned

This familiar staple of the operating system makes its triumphant return on the desktop. Despite that, the button doesn’t look the same as it did originally. Hovering the mouse over the bar will have the button appear offering you a selection of options. Users can journey to their applications page as well as boot to the desktop. Intriguingly, a new option allows for customization of the background.

3. Search Has Been Refined For This New Version

Microsoft may have found a valuable way to harness Bing in a new feature called Smart Search. (Wired)

An emphasis on swiping has been reinforced in Windows 8.1 and Microsoft may have finally found a valuable way to incorporate search into their products. Bing is a less valued search engine compared to Google but its purpose in Windows 8.1 will help users find what they need. Search is accessed by a swipe through the right-side and can query local files as well as offer previews of web pages. Bing can pull other forms of media from the internet as well like songs and photos. This part of the package has a bolstered layer of graphics giving you these queries in crystal clear images.

4. SkyDrive Becomes The Core of The OS

Skydrive becomes the central core for a variety of functions on Windows 8.1. (Mashable)

SkyDrive really powers the central core of Windows 8.1. The cloud storage software packs a powerful punch when it comes to syncing. SkyDrive can sync apps and start screen layouts across all Microsoft devices. Essentially, this allows users to have their Microsoft account to choose a design template from another PC. Also, the cloud works well with accessing your local files even when offline so users can work on the professional suite of programs from any location.

Gmail is one of the accounts that does not sync well with Microsoft Windows 8.1. (ZDNet)

Windows 8.1 still struggles with supporting other e-mail accounts. Once its predecessor was released, Google pulled its application from the service. Windows 8.1 won’t work well with certain features on other services such as calendars and contact lists. Gmail could work but it won’t be very easy to use.

6. Internet Explorer 11 Has Been Enhanced

SkyDrive’s upgrades has significantly improved browsing on Internet Explorer 11. The browser supports unlimited tabs without slowing down. For Windows tablets, IE 11 can be condensed at the bottom to make easier viewing. The speed has been increased and WebGL support are guaranteed to attract developers who will produce more games for Microsoft’s own personal store. It’s still doubtful that this could become a serious competitor against Google Chrome but this could be the future of Internet Explorer.

Multitasking for phones and tablets are much more powerful in this build of software. (Mashable)

Another popular aspect of the OS is the tile view. The tool to view these tiles is calling snapping and Microsoft worked on repairing quite a few features in it. Multi-tasking will be much better for Microsoft gadgets with the new snap. Viewing two different size windows on a tablet, PC or phone is simpler since users can split the screen in any way you want. This one works well for apps since several games or utility programs can be opened at the same time too.

8. The Windows Store Has A Vast Selection of Programs

The Windows Store embraces the new design of Windows 8.1 while lifting some features for this marketplace from Apple. (The Verge)

Taking some cues from the Apple Store, Windows 8.1 has a much cleaner store for customers to visit. Another criticism of Windows 8 was the faulty marketplace. This was another improvement that Microsoft made clearly showing that they were listening to complaints. Apps now have an auto-update element similar to the programs in iOS 7. Another new addition is Workplace Join which can support workers in creating shared spaces to complete projects.

9. Microsoft Has Been Very Attentive

The improvements in Windows 8.1 over Windows 8 are impressive. It’s a little surprising how receptive the Windows team has been in terms of figuring out what works and what doesn’t. The most impressive qualities of the software are the sharing features and the search capabilities. Bing provides a universal search that may look familiar but is a perfect compliment to Microsoft’s goal.

10. Windows 8.1 Is Compatible With Windows 7 Machines

Microsoft Windows 8.1 is a powerful operating system and is worth the download if you own one of their gadgets. (Microsoft)

Don’t fret if you don’t have a Windows 8 phone or tablet. The final build of Windows 8.1 is compatible on older devices but it just won’t be free. $120 will be the estimated cost for the standard version while $200 will be the price for Windows 8.1 Pro. This is an excellent upgrade for PC users so we highly recommend you get it. If you have any questions, please e-mail me at ryan@heavy.com. 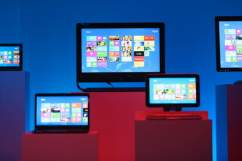 Read More
Microsoft, Top 10, Windows 8.1
Windows 8.1 is now available to download. Here are the top ten facts you need to know about the features for Microsoft's operating system.