Apple unveiled a brand new iPad Mini 2 with an enhanced retina display. Interested in buying it when it becomes available? These are the top five reviews you need to read. 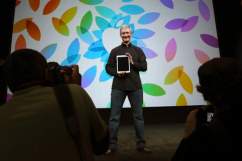 The iPad mini feels just barely heavier, but it takes a discerning hand to really notice it. It could also be just a hair thicker as well — both are presumably the effects of a larger battery inside, necessary to maintain the (still impressive) ten hours of battery life that Apple claims. The screen, of course, is great and sharp — and at such a high pixel density, that’s no surprise.

The retina display has been the most heavily rumored feature of the tablet and it finally came true. The tablet looks great with the higher res screen.

However, while it feels great, it’s all about that screen. And given the Mini’s smaller 7.9-inch size, it looks even sharper than the full-size iPad Air. But to take advantage of the new pixel-dense screen, you will be paying up over last year’s Mini. It’s gorgeous, though, so I’d imagine the new premium will definitely be worth it to some people.

The retina display for the iPad Mini is great improvement to the tablets outdated specs which Scott Stein seemed to agree with. Unfortunately, no specific release date for next month could signal that the rumors about production delays could start.

On the inside, the mini includes a jump to an A7 processor (the same one used in the iPhone 5s) and at first blush, it does seem a bit faster than the original. Still, we imagine the biggest boost in performance will have to do with multitasking and gaming, which we unfortunately weren’t able to do much of during our time with the device. You’ll also be able to take advantage of the same M7 co-processor now found in the iPad Air and iPhone 5s.

The A7 processor was a big hit for the new iPhone so Apple deemed it necessary to incorporate it into the iPad Mini 2. It amps up the processing power considerably compared to the predecessor.

The eye-boggling 2048 x 1536 screen looks excellent in person, and for anyone coming from a generation one device it’s going to be a dramatic change. The iPad mini itself is very slightly thicker and heavier than its predecessor to accommodate the Retina Display with the same battery life, adding 0.01 inches and 0.05 pounds to the specs of the original, but that makes minimal difference to the actual feel of the product in the hand.

Adjusting and altering the weight of these tablets seemed to be a particular target for Apple. Etherington emphasized the weight indicating how Apple really wanted to innovate the look and feel of the tablet.

Apple has also kept the battery life the same as the older mini — ten hours — yet with the same size device and a much more power-hungry screen resolution to drive. To achieve this there is a much larger battery in the device: up from 16.3 watt hours, the new model has just under 24.

These critics have barely touched upon the battery life. 10 hours is a great charge but Apple seemed to neglect updating it or adding new features. 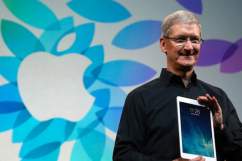 Read More
Apple, iOS 7, iPad Mini 2, Tablets
Apple has unveiled a brand new iPad Mini 2 with an enhanced retina display so should you buy it? These are the top five reviews you need to read.