This is one example of the flexible display that LG could incorporate into this new phone. (CNET)

LG Electronics has announced it will start mass producing a curved six-inch smartphone this month according to Cult of Android. To possibly compete with the mysterious Samsung creation that could be arriving sometime this month as well, LG has called their device “the world’s first flexible OLED panel for smartphones.”

Dubbed the G Flex, the release date should be in November but Samsung was the first company to begin discussing this innovation back in January. The flexible phone was demoed at CES 2013 but this gadget could be called Samsung Round which may be announced this week. 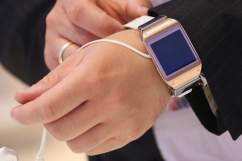 Curved displays are predicted to be the next big technology trend and it makes sense that these companies are trying to capitalize on it. The flexible screens are made of plastic rather than glass to allow for the flexibility while the company considers its screens as the “slimmest and lightest among mobile devices” according to CNET. 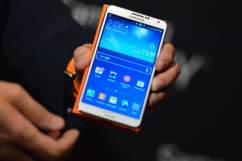