The messenger app allows users to reach out directly to others without being friends. (The Verge)

Facebook has issued a large alteration on for their messenger app. The app emphasizes personal messaging now which means that users could raise some concerns for privacy. Eliminating the need to be Facebook friends, the app can deliver a message to others as long as they have the recipients phone number. When you open the program, it will ask you to give your phone number. Once you do, the guide will suggest people to reach out to who have similar phone numbers.

Other tweaks involve a refined user interface. Buttons are a brighter shade of blue while the Android version will remove the ability to send SMS despite how the upcoming Android 4.4 will let you choose from your own series of default SMS apps. Some lucky Android owners are able to test the program out today but the iOS version won’t arrive for a few more weeks. This is an attempt by Facebook to match other services like WhatsApp which actively engage Snapchat for the most dominant messaging service. 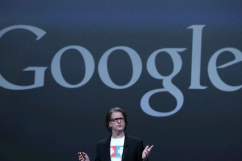 Google Will Sell Ads for Facebook in Rare Partnership