People may look differently at the Nokia Lumia after reports from Sweden claiming they can survive 4 months underwater. (Nokia Sweden Facebook)

After an HTC phone saved a mans life earlier this week, another odd smartphone story has emerged. The Nokia Lumia series may have found new life as an indestructible phone when Roger Nilsson reported that his Lumia 800 survived 4 months underwater. He posted a picture of the slightly damaged device to the Nokia Sweden Facebook page.

Nilsson, a swedish man, claims he lost the phone at a local lake four months prior. When he returned to the site, he found his phone wedged between two rocks. The gadget was slightly eroded from water damage but Nilsson decided to take it home. Algae and other pieces of residue were removed from the surface and then was dried on a radiator. All of a sudden, a miracle occurred. The Lumia 800 sprang back to life. Nilsson declared that every feature was still in perfect working order. There is not much proof to show Nilsson’s claims are true. In case you own a Lumia 800, try it out and see what happens. Owners, make sure you have insurance before you do it. 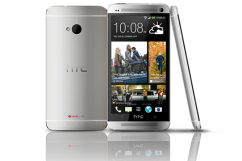