Meet the future of smartphones according to Samsung. The Galaxy Round has been officially announced by the company after a leak surfaced online earlier today. The company has been actively testing this technology for awhile but it was unknown how they would incorporate it into their product line before know.

Flexible displays are starting to emerge as the next big tech trend so the South Korean electronics giant wanted to be at the forefront of innovation. The Galaxy Round is outfitted with a 5.7-inch screen with a 1080p display. Running on Android 4.3, the curved display will offer users a variety of brand new features. 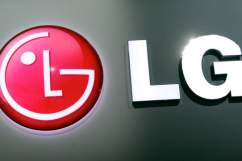 Tilting the phone from left to right can activate time, music and pictures but the ‘Roll Effect’ is one of the highlights seen in the video below.

This simple effect lets you pull up essential information regarding the device like battery life but The Next Web points out that there are other similar tools like this such as modes to control music tracks.

Do not adjust your display. pic.twitter.com/9VjNt34iYH

For now, this phone will only be found in South Korea. Launching tomorrow, the gadget still has no planned release date set for the U.S. However, rival LG is planning on preparing their flexible smartphone for launch next month so thats when Samsung may surprise us. 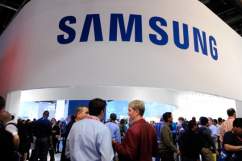