Snaphack is a new app designed for the social sharing service. Here are five fast facts you need to know. 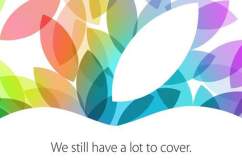 1. Sexters Are Screwed Since Snapchats Can Now Be Saved

Sexting may be a thing of the past if users begin to embrace Snaphack. (App Store)

Found in the Apple store, this cheap app will destroy the dreams of any future versions of Carlos Danger. The program allows users to save Snapchats for an indefinite period of time without letting the sender know. The typically temporary messages are stored on the iPhone camera roll where the recipient can browse through them endlessly. Despite the name similarities, Snaphack is not directly associated with Snapchat.

The process to save Snapchats is easy as soon as you login from your home screen.

Download the app for $0.99 and login with your Snapchat account. Once someone sends you a salacious chat, open with Snaphack instead of the original app. Users won’t know the message was sent to the alternative program. Once you access these images through Snaphack, the images are permanently saved. The app also supports video as well so a variety of content can be sent and saved. It’s that simple.

3. Snaphack Was Created By Darren Jones

Iconical was another app created by Jones which let users customize icons on the homescreen for iPads & iPhones. (App Store)

The developer produced a few apps besides this one under the name DAP Logic. Doing a quick Google Search reveals that there is no company listed as this so it may have been Jones’s cover name to prevent a possible lawsuit. Iconical was another one of his creations. This iOS app lets users create their own icons for the home screen of any Apple device.

4. Snapchat Has Not Issued A Response

Jones told Business Insider that he has yet to hear from the company in regards to his program. It’s surprising since this service damages the whole point of Snapchat’s existence. Users and viewers aren’t going to be attracted to this system if it means that they can leave a deeper digital mark than they thought. Also, Snapchat unveiled a new feature called Stories a few weeks ago. This addition essentially allowed for profiles to have a interactive newsfeed so it is still a mystery on how this app could affect Stories.

5. No Android Version Is Available…Yet

Snaphack has no Android version since Jones wants to focus on Apple first. Android will be the next step if this particular program is successful. (App Store)

Jones mentions in that same interview with Business Insider that he has submitted another version to Apple so updates could be coming to the program soon. One of the updates may include the ability to forward messages to other users increasing the risk of who snapchatters can trust with their messages. There is no Android version in the Google Play Store but that doesn’t Jones can’t expand his enterprise. You can download Snaphack for iOS at the App Store here. 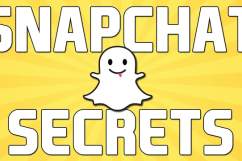 Snapchat Has Handed Over Dozens of Unopened Messages To Law Enforcement

Read More
Apps, iOS, Snapchat
The Snaphack app for Snapchat lets users save chats for an unlimited period of time. Here are five fast facts you need to know.