Tesla Motors may have a serious PR problem on their hands. Almost a month later, another Tesla Model S has caught fire after a driving accident. The previous incident involved a driver hitting a minor part of the road barrier which ignited the car’s fuel cell. This occurrence may be far more severe.

Although this video has just appeared online, it occurred the city of Merida located in the Yucatan section of Mexico. Uploaded by Axis of Oversteer, the explosion happened after the driver was speeding around 4 a.m. Watching the video, you can see the explosion occur at the 0:15 marl. This does not bode well for Musk’s line of cars. After being rated one of the safest automobiles to drive, these videos may not be doing much for consumer confidence in the brand. 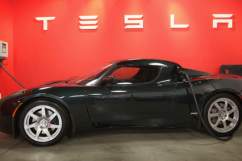