As Android 4.4 Kitkat made Android fans everywhere drool, those among us who owned older phones and not snazzy Nexus 5s, wondered when the new OS would make it to our smartphones.

Now, we have an answer. Well, sort of.

SamMobile reports that a document has surfaced that may show the estimated release dates for Kitkat making its way to various devices. They said:

Samsung is already testing Android 4.4 on the Galaxy Note 3, and now a leaked document obtained by iTechAddict suggests that the update will be coming to the Galaxy S4 and Note 3 in January next year, while yesteryear flagships will be receiving it sometime between March and April.

Here’s the doc in question: 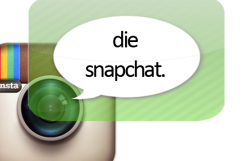