*This is a live-updating post. Information will be added as the hearing goes on.*

The US Senate held their second hearing today on virtual currencies including Bitcoin and Litecoin. Here’s what you need to know.

1. Senator Heitkamp: How do you Sell a Pie With Bitcoin?

She stressed that Bitcoin must be classified in order to properly tax it, for instance in the case of selling a pie.

Calvary addressed the question saying, “this country and all country are going to have an interesting in protecting consumers, and thinking about taxing. Cotney said that there is an importance toward regulations on the state and federal level.

She also stressed the importance of fostering innovation in the United States by using non-restrictive regulations, that would bring business elsewhere:

@nytimes: "Regulators See Value in #bitcoin…" Amazing what a free market can do. Let's hope the "Regulators" don't screw it up. #tlot

2. Yesterday the Committee Concluded That the Currency Might be Heading Toward the Mainstream

Bitcoin prices hit an all-time high yesterday in light of positive reactions, and increased attention. It peaks at $900.

3. The ‘Under-Banked and Unbanked’ Repeatedly Brought Up as Beneficiaries of Bitcoin

Cell phones and Bitcoin services on them, individuals may be allowed to transmit money, or receive microfinancing who otherwise could not. That these are unregulated, however, was brought up as a point of concern.

“back in 1982, I had opportunity, to get involved with “cyber-telephones,” they said it would be 30 years before Americans were involved… and now all of these are in our lives. Getting it right with virtual currencies could pose greater challenges and opportunity… and think about the notion with this 21 million bitcoins that can be created. The FEC has allowed political contributes in bitcoins so this a development that is in process. If this becomes a standard tool, it could transform the role of central banks, monetary policy, and has security implications… I’m concerned about potential abuse, but as we see somewhere between 10-12 million bitcoins that have been mined and just the reactions yesterday, where BTC spiked at over $700, we’re talking about a currency that has already been monetized and we as policy-makers will have to catch up.” 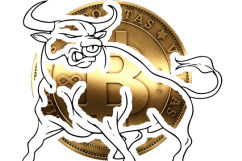 4. Calvery ‘Bitcoin in Perspective,’ Virtual Currencies Have Yet to Overtake Legitimate Ways to Move Funds


She cited the fact that BTC has moved significantly less cash, degrees of magnitude less compared to Bank of America’s “trillions of dollars.”

She cited Liberty Reserve as engaging in money-laundering activity, and the importance of preventing laundering with novel technologies.

She says that it is not her business whether or not BTC is a commodity, a currency, or a security, but simply that it needs to be regulated because of its money-laundering capabilities.

Calvery says that from FinCen‘s understanding, the cryptography is as advanced as could be, but she is unsure.

She did bring up the fact that Bitcoin transactions are irrevocable and that this could aid “fraudsters and hackers.”

With regard to Bitcoin, she says, “there are a lot of legitimate users… but like any payment system it can be exploited…like with Silk Road where BTC was used to facilitate 100s of millions of dollars of money laundering.”

She was asked regarding whether or not the FBI will spend their Bitcoins, she says she is unsure, but that it would seem they would look to “sell that asset.”

She said, “Bitcoin might be considered a good way to store value,” when a question was posed regarding massive Chinese trading volume.

Gallippi, owner of BitPay.com, says that regulation will allow for revenue and tax to happen in America, and to build the American Economy. Giuseppi said the transaction fee of Bitpay, which allows merchants to sell retail using Bitcoin. The initial service fee was 1%, but now they use a system that allows merchants to pay for software. He said that it’s possible for a merchant to achieve fees as low as .1% per transaction.

5. Cotney ‘Licensing is the Foundation of Supervision’

Cotney seemed to suggest that virtual currencies will need socalled money-transmitters to have licenses, protection for consumers, coordinated with FinCen. Enforcement, he said, is a “key part of supervision.”

An informed redditor, SilverTiger, pointed to the problem of US regulations:

Very impressed you took the time/effort to reach out to Reddit. I would like you to know that every day that goes by, the barrier created by the patchwork of 47 state-by-state money transmission licenses is causing the US to fall further and further behind in the global competition to build deep liquid markets for Bitcoin. US-based exchanges now account for only about 2% of global trade volume. Meanwhile, where are the new exchanges opening? China, Singapore, Canada, and elsewhere.