It turns out Twitter has something for everyone, especially the government. The Washington Post reports today that the NSA, CIA and other intelligence organizations use a microblogging variant called eChirp.

The service is essentially the same as the current one right down to the little blue bird seen above. The project started in 2009 and has the same purpose regular use it for everyday: reactions to news and posting nonsense. The private platform is meant for analysts and other members of the community to be able to discuss current events and news reactions in a much more private manner. Mentioning an event in 2011 revolving around the Libyan revolution in which generals realized that they could get more up-to-date information about what was happening. The administration authorized more intelligence officers to access it and help with the revolution. These articles mention something interesting though: it still can’t compete with the real thing. 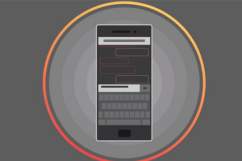 The Dark Mail Alliance: 5 Fast Facts You Need to Know

Read More
CIA, NSA, Privacy, Twitter
Echirp is a variant of Twitter used by the United States Intelligence Agencies which lets analysts and agencies debate about news and other issues privately.