The iPad Air has an impressive feature you need to know about. (Getty)

Apple launched the iPad Air this weekend and a new report found an impressive feature embedded in the new tablet. Anandtech’s Anand Lal Shimpi discovered that the iPad offers 24 hours of battery life when it serves as an LTE hotspot.

During the writer’s run down of the gadget, he noted that his iPad required a charge after 24.08 hours and 8GB transfers of date. Shimpi whittled it down after he wirelessly connected the Air to his 13-inch Macbook Pro with Retina display. In order to properly simulate a strenuous workload, the writer began a constant 100KBs transfer with the iPad’s display shut off. Based on the final results, Shimpi suggested that this particular feature of the tablet is far superior in terms of performance compared to its predecessors. His test concludes by saying a better gauge of this would be to connect to a smartphone but the analysis is easy for anyone to try. The iPad Air adds another impressive tool to its arsenal. 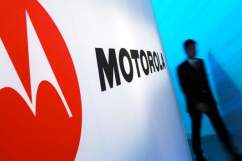