GigaOM reports that Instagram is looking to boost its success with over 200 million users to include “private messaging features” and is also playing with the idea of integrating “group-messaging.”

The upgrade would likely come out prior to Christmas to maximize Instagram downloads in a time where many people will be receiving new smartphones as Xmas presents.

The move would also be an intelligent play against Instagram’s competitior, Snapchat, who recently turned down some 3 billion dollars in an offer from Facebook. Google also reportedly leaped at the chance to buy the quick-and-disappearing picture service at 4 billion bucks.

Seems like an interesting develop, but Instagram may do better to preserve its slick, minimal interface that so differentiates from other social networking apps. Time will tell. 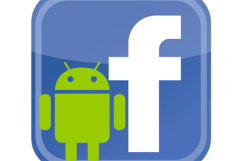