Motorola is already launching a new phone this year after the Moto X. (Moto G website)

Google announced the new Nexus 5 last week but it has one more surprise left this season before the annual smartphone wars kick in. Motorola which is owned by the company will be announcing the new Moto G on November 13th.

The company launched a new teaser site touting the new gadget but details surrounding the specs indicate it could a low powered alternative to the Moto X. The announcement could occur as a live stream on the website but not much else is known. An alleged retail promo card leaked last week providing a run down of what it could contain. Possibly equipped with 4.5-inch 720p display and a quad-core 1.2GHz Qualcomm processor, Android 4.3 may be the OS instead of the Kitkat update. The company’s latest offering, the Moto X, arrived a few months ago so Motorola may want the Moto G to accompany it when the shopping season commences. Check back in next week and we’ll give you all the info you need! 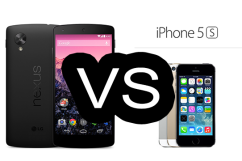