The Nexus 5 is outstanding — but not the camera.

The performance is unbelievable, the look is sleek and minimal, Android cruises delightfully, but the camera is plain weak.

Other reviews have asked the question, the big question, if this phone can stack up against the “iPhone 5S, Galaxy S4, HTC One, or Lumia 1020,” and the answer is wholeheartedly, yes.

Besides the light-capturing device on the back’s top left corner. The photos are washed-out, dull, and noisy. 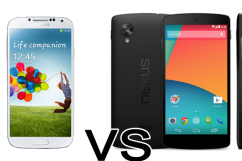 Everything else is awesome.

Unlocked AKA contract-free at $350, the plastic phone fits comfortably in your hands. Its 1080p screen is bright, and a perfect look into the new Android 4.4 operating system, KitKat. The new OS is driven by Google search, and Google Now, Google’s voice-activated search. It is easily accessed by swiping left or by saying “okay Google,” any time the phone’s launcher is open. If you’re coming from iOS, this is Siri how it was meant to be.

Android’s UI remains simple with some new features. The file system now lets one attach files from Dropbox and Google drive. The widget drawer is gone, replaced with a combined contextual menu where you can select wallpaper and adjust general Google settings, ala iOS’s Control Center.

Google’s new messaging platform, Hangouts, conveniently combines SMS and MMS, just like iOS’iMessage, but annoyingly, it divides SMS messages and MMS messages into different conversations. This gets confusing, but it’s a relatively easy fix for a future software update.

The phone speeds through menus with it’s 2.26 ghz Qualcomm Snapdragon 800, along with its 2gb of ram, easily the most powerful combination on the smartphone market today. The GPU, an Adreno 330, is prone to the occasional frame drop and stutter, but for the most part, it’s silky smooth.

In what may be a first, this phone has just as snappy animation as the iPhone 5s.

It’s a joy to use all around, and at $350, easily the best phone for the money. The battery is a bit inconsistent, but that’s par for the course with most phones, and depends on a wide variety of factors. We recommended an external battery and obviously, turning down the brightness.

A must-have for those looking to join the Android revolution, or have an amazing phone (with a subpar camera) for $350. 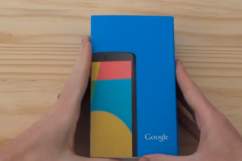 Google Nexus 5: The Top 5 Reviews You Need to Read

Read More
Android, Google, Nexus 5
The Nexus 5 is an all around hit at $350 unlocked, our only quibble is the camera.