Looking for some new games to play on your Android device? Here’s a list of our Top 10 Android games of November. Hopefully you will discover some free games that you’ve missed or haven’t played before.

🏃💨 Subway Surfers – Official Launch TrailerDash as fast as you can through the subway and dodge the oncoming trains. Help Jake, Tricky and the rest of the crew escape from the inspector and his dog! Help Jake, Tricky & Fresh escape from the grumpy Inspector and his dog. More games: bit.ly/KilooPlayNow ★ Grind trains with your cool crew! ★ Colorful…2012-05-22T12:56:18Z 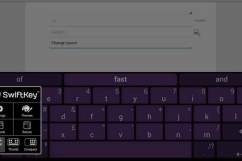 Zombies Ate My Friends – Universal – HD Gameplay TrailerZombies Ate My Friends by Glu Games Inc. Welcome to Festerville, population 4,206 (mostly zombies). We hope you enjoy your visit: explore the town, take in the sights and sounds (mostly groaning), dine on whatever you can find, and get to know the locals (though we suggest you avoid the dead ones). For recreation, try…2013-07-19T10:38:54Z

Zombies Ate My Friends is an action game developed by Glu Mobile. Players must fend off zombies from their house, and scavenge the streets for useful supplies. Explore restaurants, apartments, stores, and help other survivors. You can download Zombies Ate My Friends Android app from the Google Play Store here. 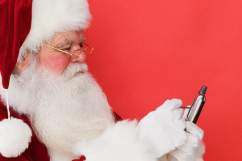 Clash of Clans – Universal – HD Sneak Peek Gameplay TrailerClash of Clans by Supercell Lead your clan to victory! Clash of Clans is an epic fantasy game lovingly handcrafted for your iPad or iPhone. FEATURES: – FREE TO PLAY – Build and customize your village in to a victorious fortress – Train you fantasy army of 10 completely unique fighting units – Attack other…2012-06-20T09:56:01Z

Clash of Clans is an addictive strategy game developed by Supercell. Build your own village, train your army of mighty fighters and join thousands of players in epic battles online. Defend your village with cannons, towers, bombs. The quest isn’t over until you lead your clan to victory! You can download Clash of Clans Android app from the Google Play Store here. 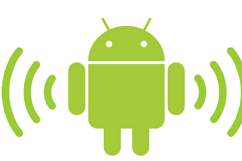 Beat the Boss 2 is the sequel to Beat Your Boss, players will need to stop the evil boss from bringing down the poor worker. Players can choose objects (boxing toys, eggs, and thumbtacks) around the office to permanently shut the boss up. Make sure to take charge of the game, and beat the crap out of the boss. You can download Beat the Boss 2 Android app from the Google Play Store here.

GT Racing 2 is a racing game developed by Gameloft. Players must test their driving skills by completing over 1,400 events. Drive cars including Mercedes-Benz, Ferrari, Dodge, Nissan, Audi, Ford, and more. Compete with players from all over the world and see if you can get the fastest time on each race. You can download GT Racing 2 Android app from the Google Play Store here. 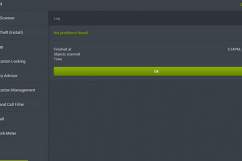 Similar to Minecraft, the Pocket Edition allows players to drop into a landscape made of different cubes. Players “move” these cubes, which can be used to “craft” buildings and items. Pocket Edition comes with two different modes: creative and survival. During creative mode, players can fly around minecraft’s world and build with materials. In survival mode, players can build above the ground (stacking blocks to make castles). At night time, monsters will appear and will attack players as well as their creations. Players can jump in and out of other players’ world’s. You can purchase Minecraft Pocket Edition Android app from the Google Play Store here. 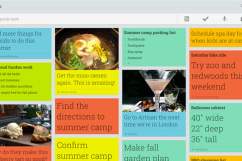 Sprinkle Free is a puzzle game developed by Mediocre. Players must use a water cannon and squirt water to fight fires. Overcome obstacles before time and water run out. Move blocks, boulders, and depress traps. Each fire becomes more challenging, and players must do what they can to stop the widespread fires. You can download Sprinkle Free Android app from the Google Play Store here. 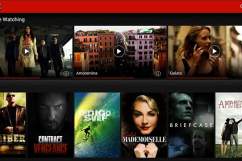 Angry Gran Run is a racing game developed by Ace Viral. Granny has been locked away in the Angry Asylum, so players need to guide her through the streets once she finds a way out. Run, jump, and slide through crazy obstacles in this endless running game. Change Granny’s look by buying new costumes from wonder gram, zombie gran to 70’s hippy gran. Players can upgrade different power-ups like invincible shields and bullet-time. You can download Angry Gran Run from the Google Play Store here. 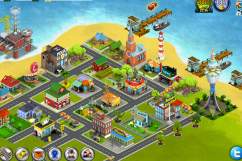 Official Juice Cubes Launch TrailerJuice Cubes by Rovio Stars Ltd. Connect the cubes in 165+ levels of deliciously fruity fun set in a tropical paradise with pirates, mermaids, witches, and much more! Solve tons of challenging puzzles as you set sail for the sweetest and fruitiest adventure around! _______ FEATURES: – Play more than 165 levels filled with challenging…2013-11-01T04:50:53Z 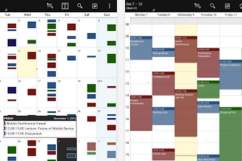