Verizon has entered the tablet race with their own Android powered device. (Android Community)

Verizon has unveiled the new Ellipsis 7 tablet. The gadget will be powered by Android and is the mobile carriers first entry into making their own products despite selling other manufacturer’s wares like Samsung and Apple.

Details surrounding the specs are still pretty vague. Features may include an HD screen along with LTE connectivity with a camera on the front. Internal specs include 1.2GHz quad-core processor and 8GB of expandable storage but that’s about it. The device has already been synced with a number of apps as well. Movies can be streamed through the Redbox Instant app while Verizon messaging is incorporated into the tablet as well. Verizon hints that more creations are coming from the Ellipsis line of products too. The tablet goes on sale November 7th for $250 off contract or $150 for a two year term. 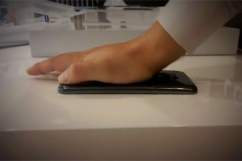