Phonebuff, a mobile technology news source has posted a brand new video testing the Google Nexus 5’s speed against the previous models. So far, the Nexus has been the best reviewed Android phone out of the entire product line. The design and performance have been rated well.

The testers gathered every model of the device dating back to the 2010 Nexus One. The product has been around only for three years so there are not as many to test. However, the differences you can see in terms of performance are amazing. The inclusion of Android 4.4 has sped up the process to navigate around the device. The loading time has been shortened too. The android OS update only extends to the Nexus 4 so that may be a viable option. The results clearly show the Nexus 5 is the winner. 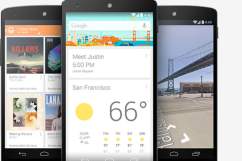 Read More
Android, Google, Nexus
Want to find out which is the fastest Nexus smartphone ever made? Watch this video to find out how the Nexus 5 stacks up against the older models.