Above is the newest trailer for Mario Kart 8 released by Nintendo yesterday, December 18th. Many new screenshots and facts about the game have been released. Here’s 5 Fast Facts You Need to Know.

1. You Can Now Play as Rosalina

2. New Levels Include an Airport, Desert, and The Clouds

4. No Date Release Date Has Been Given


Eurogamer reports that no date has been given as a release date.

5. The Game is Widely Anticipated by Critics, Calling It ‘The First Big Wii U Game’

The game was announced in January at E3. We patiently await more details on this exciting title for the Wii U – and really, we’re just hoping it’s as good as Mario Kart 64! 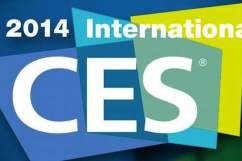