Netflix is gaining headway with young adult users in the US of A. From adolescents to those in their mid-30s, some 46% subscribe to cable, while 43% opt for everyone’s fave streaming service.

Of course, the study doesn’t say they exclusively use either/or, so this study may, in fact, indicate that this age group is just obsessed with consuming media in general, and that cable isn’t necessarily losing its grip.

Though, from a high of 63% cable subscribers in the older range of 68+, perhaps the youngen’s love for media is actually down.

Then again, maybe the cable subscribers are the same people picking up Netflix, Amazon Prime, and Hulu+, meaning that media consumption on a whole is actually down with the younger age group, and a few fanatics are keeping the numbers high.

It’s tough to say, but the results are interesting nonetheless. 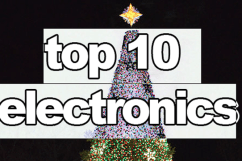 Share Tweet Email
Read More
Netflix
Among people who are 68 years old or older, Netflix is 1/5 as popular as cable, however.